Almost two weeks into November and I have still to do any posts (other than October's overview). Even more shocking is the lack of opportunity I've had to visit some of my favourite book blogs. I managed to do that a little this afternoon and as a result came across a fab post by Ellie of Curiosity Killed the Bookworm. If you like book covers as much as I do then check out this post about book covers matching her blogs colour scheme. Ooh and ahh over the pretty!

Onwards to some mini-reviews, finally! Most of these were from the readathon which was over a month ago now. Serve me right for deciding not to post them on the night this time. We live and learn. 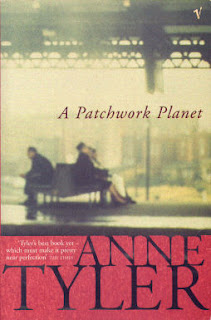 A Patchwork Planet by Anne Tyler

Barnaby is the loser of the family. Having been sent to military school after being caught stealing from the neighbours he takes on the black sheep role and does it well. His parents no longer have expectations of him and instead nag him to do something better with his life. Barnaby however, insists on embarrassing the family by living in a basement, having almost no relationship with his daughter and working as a manual laborer.

I quite liked Barnaby from the first page. He might revel a little in being the black sheep but really he is a nice guy. His job involves helping elderly neighbours and we learn through out the book he goes above and beyond the call of duty. His family might not think much of him but he later learns that his friends, colleagues and clients do. A nice read and a reminder of why I should read more of Anne Tyler. It's not too taxing but the characters have depth and colour. 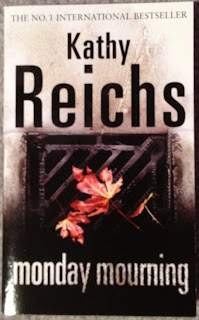 Temperance has been called out to investigate some bones found in the basement of a pizza parlour. Hoping that it's just the bones of some animals she instead discovers the remains of three young girls. Local police see it as a cold case and show no interest. Temperance however, is convinced that the bones are more recent and that the girls deserve to be identified. Tempe decides to investigate on her own and discovers that the girls may have been kept captive and tortured for a long time before death. As she continues to investigate her own life and the life of her friend is put in danger.

Another good read from Kathy Reichs. I have to be honest though. I am more than a little bored of the 'will they, won't they' story line between Tempe and Andrew Ryan. Also in the last few books Tempe has mentioned her worries about her daughter. You expect her (or at least I did) to go into a bit more detail but she never does. That aside the investigation and the main plot line is interesting enough to keep me going. Still not bored of this series. 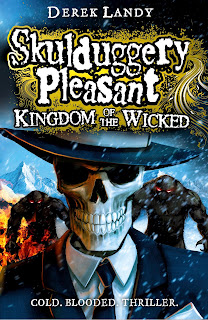 Skulduggery Pleasant: Kingdom of the Wicked by Derek Landy

Mortals are all of a sudden developing magical abilities. Abilities that they shouldn't have and have no idea how to control it. People are being hurt as a result. To make matters worse the Irish sanctuary is now under scrutiny from sanctuaries across the world. They have little faith in their ability to control the situation due to recent events. Skulduggery and Valkyrie must find out who is behind this, stop it and prevent mortals from discovering their existence.

Although this is part of one series the series can actually be split up into trilogies. This one is the first part of the final trilogy which means there is only two books in the series left. I have to say that this wasn't my favourite book. I found that it dragged on a bit and was maybe a little longer than it needed to be. It's still worth reading though for the action and the banter between Valkyrie and Skulduggery. The ending though was fantastic and has meant that I am now excited about the next one which I can't wait for. I can't tell you about it without spoiling it but it's a story line that's been on the cards for a number of books now and one I have been waiting for. 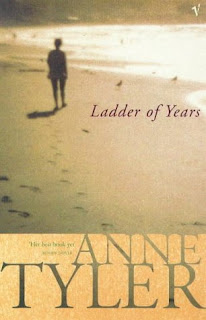 Ladder of Years by Anne Tyler

Delia is fed up. For years her family have taken her for granted. She hadn't noticed it before but recently she discovers that she isn't really heard. Her feelings build up until one day on holiday she gets up and walks away thinking no one will notice. She finds a small town and is surprised by how easy it is to start a new life with a new identity. With out meaning to she develops new friendships and discovers something about herself.

Unlike the first Anne Tyler book among these reviews this one was a little slow at starting. We know from the piece on the back that Delia walks away from her family but it takes time before that happens. To the point that I was thinking *just hurry up and do it already*. As soon as she does though I began to enjoy the slow pace of the book. Reading it from Delia's point of view it doesn't seem selfish of her to abandon her family and children. In fact it seems that her children don't need her anymore which is one of her reasons for leaving. She needs to feel needed and in this new town she has that. In the end I probably enjoyed this one a little more. Will definitely not be leaving it years before I pick up another Anne Tyler.
Posted by KarenSi at 09:50