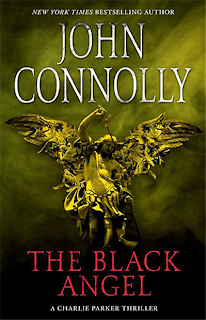 Louis' aunt is worried about her daughter, Alice. Alice is an addict and a prostitute but Martha has a touch of the sight and just knows that something has happened to her. She doesn't like to but she has no choice but to ask Louis for help. Alice is blood to him and he will do everything that he can to rescue or avenge her. Charlie Parker feels he has to help even if it does mean that his relationship with Rachel is further damaged. It seems that two men have abducted her. There is something strange about those men though. They aren't after Alice but after a legend. Parker must track them down to save other women and possibly himself.

The one thing I like about the Charlie Parker novels is that they aren't just crime but they have a touch of the supernatural. Sometimes Parker's dead wife and child will make an appearance which is a hint to him that he has to help someone. They made an appearance again in this one but for different reasons. Which is fine but there was more supernatural occurrences in this book and I felt that it went just a little too far. Men who believe that they are the immortal souls of fallen angels are hunting down the twin of one angel before they can devastate the world. Now, most of the characters in the book believed that these men were lunatics obsessed by an old legend. Parker on the other hand believed them and there were passages in the book which indicated that we were also meant to believe that it was real. It was just a little too much for me even though I do like my supernatural. For that reason it wasn't my favourite Parker novel.

Another aspect of the book has put me on the fence. In a very short space of time Parker's relationship with Rachel isn't working even though they have just had a child. She doesn't want to fear for his life and she knows that he can't give up his job saving people. It felt a little sudden to me. At the same time though Rachel wasn't really pulling her weight in these tales. In the first few books she used her job as a psychologist to help profile serial killers. She hasn't done that for a while though. Instead she stays at home and worries about Parker and her own safety. Perhaps, if the relationship ends, this will free up Parker somewhat.

If you take out the supernatural it's still a good read. The person who turned out to be the leader was completely unexpected although I wasn't really trying to work that part out (I wouldn't have worked it out if I had anyway). I was warned by friends that this was the weaker book in the series which makes me hope that the next one will be better. I still enjoyed it though. I was just mildly disappointed despite the warning.
Posted by KarenSi at 08:49