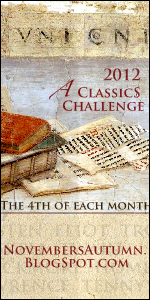 I am a little behind on my challenge reads just now. Mainly because the classics one took me almost a month to read. I have never taken so long to read a book. It was a good one though so despite how it sounds I don't actually begrudge the time. As a result I am also a bit late with this prompt. I just managed to complete it within the month.

This challenge was set up by Katherine of November's Autumn. This months questions are about setting. You can see what others have posted here. In case you don't know I was reading The Three Musketeers by Alexandre Dumas. I'll post a review of the book tomorrow hopefully.

I think it's safe to say that anyone who has heard of this book knows that it is set in Paris and the book describes it well (well enough for someone who has never been there). There are some obvious buildings I could choose for setting such as the famous Louvre Palace or the Bastille. However, the building that really set the book for me was the home of M. de Tréville. He is the Captain of the famed Musketeers and it is at his home that d'Artanagn met his soon to be friends. It sets the scene and feeling of the book well. The Musketeers are clearly a close group and they all spend a lot of their time hanging around the Captain's home (when they aren't getting themselves into bother). The home was described only to show how the Musketeers spent their time whilst waiting  for the Captain. One scene particularly stands out and that was three Musketeers fencing on the stairway as d'Artagnan tried to make his way past. 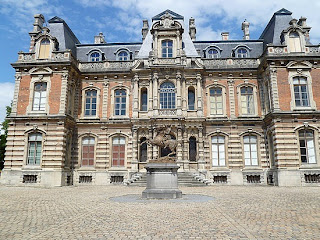 I got this image from a travel blog but it doesn't actually say what the building is (just that it's a typical French Mansion). I actually imagined the building to be a little longer than this and that it was surrounded by other buildings. Picture Musketeers standing around the steps and possibly even calling out from some of the windows. It was a great place for the setting as it brought d'Artagnan together with his friends. It also gave the reader an idea of what the Musketeers are like in general. It was also brought in again and again as the Musketeers regularly went to M. de Tréville for advice.


It would depend on how the setting was changed if it would have an effect on the story. Possibly if it was set in a pokey little office it would change the atmosphere of the book. It would also change the meeting of D'Artagnan, Porthos, Athos and Aramis (although Aramis is only mentioned in that first visit and d'Artagnan meets him after he leaves). In that case it would change greatly. Plus, it would take away that view of rich and luxurious Paris.
Posted by KarenSi at 02:33