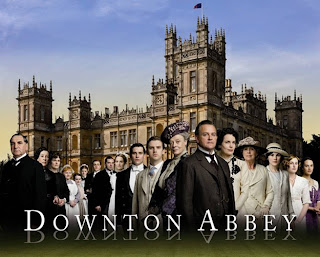 When I reviewed Moranthology by Caitlin Moran I mentioned that I was a little uninterested in her articles about Downton Abbey. Mainly because I was one of those next to non-existent people who had never watched it. It's not that I didn't want to watch it. I just watch next to no television. This all changed last week (not the TV viewing).

Some friends and I planned to meet up for a catch up. We usually go for coffee once a month and every so often we go for cocktails. Saturday was a cocktail day. However, they surprised me with a Victorian tea as a late birthday present. They warned me of it a few days before mind you. I was freaking out a little because they were winding me up with the surprise. Going by their hints I was imagining all sorts.

So to prepare I watched a few episodes of Downton which is on my film/tv package. I realise that Downton is set about 11 years after Queen Victoria died. Still it felt right and I loved it! I am sure that if I was off I would have watched both seasons in one sitting. As it is I am nearing the end of season one. 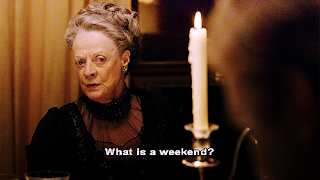 In all honesty I love it mainly for Maggie Smith. It's her one liners. I have found myself chortling away for ages just from one of her scenes. 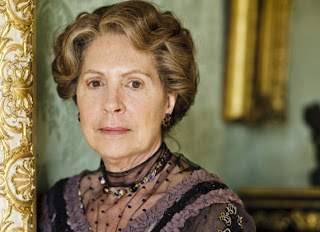 Then to make things just that little bit better, this lady came along and gives Smith's character a run for her money. I wouldn't mind at all if the whole show revolved around these two competing characters. 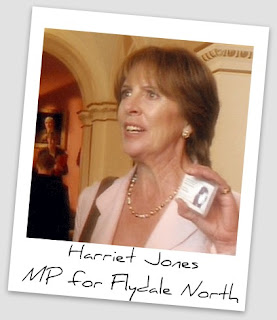 Of course I do keep expecting her to pop out with the above line (sorry had to get the Dr Who reference in there).

Anyways, maybe when I get my copy of the book back I will re-read those articles about Downton with new appreciation.
Posted by KarenSi at 11:43