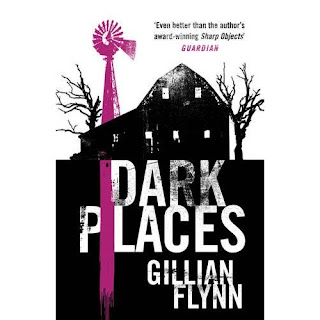 When she was just seven years old Libby survived the massacre of her Mother and two sisters. Ever since she believed that her brother, Ben, killed them in some sort of satanic ritual. Twenty five years on she is running out of sympathy money. She has no marketable skills and so decides to investigate into the case for cash. Reluctantly, she begins to believe that all these crazy women might be right and Ben could be innocent. As she begins to investigate further she discovers that there is more to that day than she initially believed.

A friend recommended this to me not so long ago. Either my memory is bad or I wasn't listening because it was nothing like what I thought it was going to be. I knew the main character survived her family being murdered but I had thought she discovers the truth whilst investigating satanic cults for a television show (I honestly don't know where I got that from). As I read it and realised that it was nothing like what I was expecting I began to feel a little disappointed. Add to that the fact that I did not like Libby. She made it hard for you to feel for her. Clearly a victim but it doesn't mean she's a nice person. The rest of the characters in the book aren't exactly a treat either.

I did like the fact that it was from three different points of view. Most of it is Libby in the present with alternate chapters from her mum or brothers point of view on the day of the massacre. It meant that you were learning a little bit more than Libby although not necessarily know how it fitted in. Seeing Ben as a young boy you did begin to feel sympathy for him and want him to be innocent even though Libby needed him to be guilty. He comes across as just your typical 15 year old boy from a struggling family. He just wants a father figure, to fit in and to be liked. This leads to lots of stupid mistakes which climax on the night of the murders.

I felt for the mother too and I couldn't help but seeing similarities between herself and Libby. Both seemed to struggle in life and suffered from depression. The mother because of having to raise four young children on a failing farm on her own. Libby because she can never leave behind the horrors of her past and as a result pushes everyone who might care away. It was through the mother that I began to actually like the character Libby and by the half way point I couldn't put the book down.

The book was also a lot darker than I was expecting it to be despite my friend mentioning that (this I did remember correctly). There are all sorts of accusations rife through the book and none of them are exactly pleasant. As disturbing as I found one or two scenes I did have to keep going to find out what happened. I did guess a little of it but much of the ending was still a surprise.

Not my favourite book this year but I'm glad I read it. I'm glad too that it was also recommended to me as I don't think I would have picked it up otherwise.
Posted by KarenSi at 08:14